(RNS) – Prison Fellowship has partnered with criminal justice and law enforcement organizations to support efforts to narrow the difference in sentences that punish black Americans more severely than white Americans.

The # EndtheDisparity campaign, a partnership with organizations like Families Against Mandatory Minimums, recently focused on the 18: 1 ratio in federal judgments for the distribution of cracked cocaine versus the powdered drug. Proponents are pushing for a 1: 1 ratio instead.

“We think this is such an important issue and that action is needed now to correct this long-standing injustice,” said James Ackerman, President and CEO of the Prison Fellowship, on Tuesday (March 9th) at an online Round table with journalists.

After Ackerman read from the Biblical Book of Proverbs that “the Lord detests dishonest scales, but precise weights are His delight,” he said that the differences in condemnation of cocaine are unfair among all Americans, especially African Americans.

According to the U.S. Penal Commission, 81% of crack cocaine traffickers were black in 2019, while African Americans make up a much smaller percentage of the U.S. population.

“Think about it: The African American community represents 13.4% of American citizens, but 81% of the people convicted of crack cocaine distribution in 2019 alone were African American,” said Ackerman, director of the 45-year-old Evangelical Prisons Department founded by former prisoner and Nixon aide Chuck Colson.

“That is not right and that has existed for too long.”

The campaign comes at a time when Capitol Hill is debating laws that would end inequalities in sentencing.

Previously, Durbin had introduced the Fair Sentences Act, passed in 2010 that reduced inequality from 100 to 1 when someone convicted of distributing 5 grams of crack cocaine served the same time – five years in prison – as someone who was there arrested for distributing 500 grams of cocaine powder. 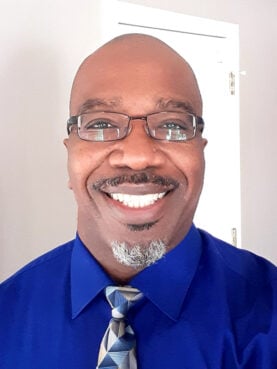 William Curtis, convicted when the 100-to-1 inequality was in place, told reporters during the online panel discussion that he saw the differences in treatment while in prison for 20 years and six months because he had sold $ 20 and $ 50 stones to cocaine.

Curtis, a black man, is now continuing the remainder of his 327-month prison sentence on COVID-19 precautions in Tennessee.

FAMM President Kevin Ring said the “political compromise” previously reached to reduce inequality to 18 to 1 must be followed by a complete elimination of the difference in convictions for distributing two different forms of the drug.

“The crack powder inequality is the most disgusting of the discriminatory aspects of our federal justice system,” he said. “Now is the time to quit, and we think this is a matter of criminal and racial justice at a time when our country needs both.”

Heather Rice-Minus, senior vice president of Advocacy and Church Mobilization for Prison Fellowship, noted that more than 40 states already have laws with 1: 1 ratios for penalties related to powder and crack cocaine.

Ring and roundtable participant Frank Russo, director of government and legislative affairs for the National District Attorneys Association, described the disparity as a “moral issue” that needs to be addressed.

Russo said his association of local and state prosecutors advocates “common sense reforms such as the EQUAL Act to improve our nation’s judicial system and ensure we apply justice fairly.”

Congress needs to waive taxes on unemployment. Some states can’t